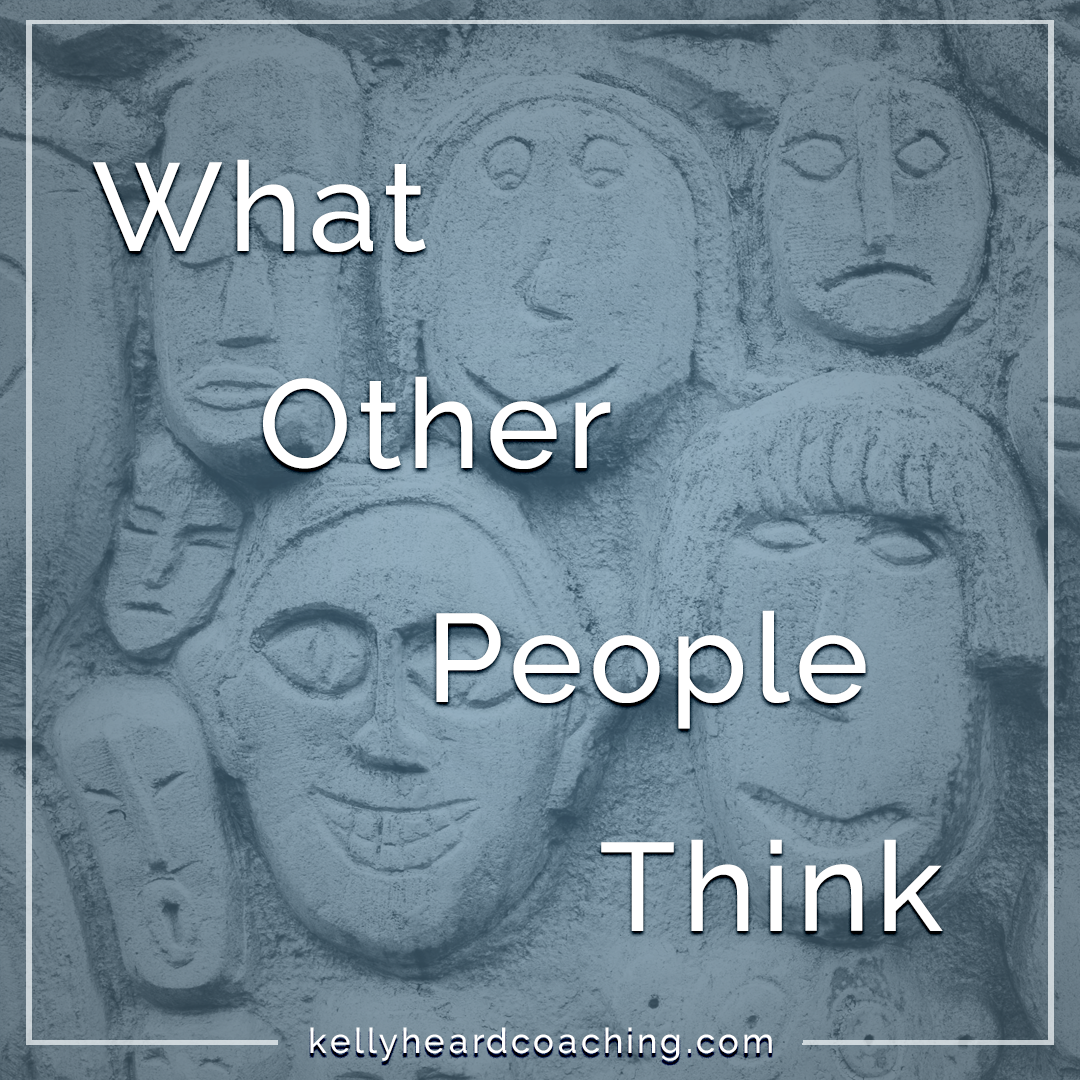 They can be some of THE most crippling elements of our lives.

People will turn themselves inside out worrying what others think of them, and doing what they think they need to do in order to get others to like them.

In the business world that behavior is rampant. No doubt you’ve come across people who endlessly jockey for political power by wearing the right clothes, eating at the right restaurants, living in the right neighborhoods, driving the right cars. They take their families on the trendiest vacations and weekend activities.

(Bleh.  I’d rather poke my right eye out with a fork than put myself back into that world again. 👁 )

But therein lies the paradox:  when we’re trying to control someone else’s opinion of us, we’re not actually controlling their opinion – we’re merely changing our thoughts about their opinion.

🤷‍♀️ So in the long run, what’s the point of bothering?

When we go through life attempting to control other people’s opinions of us, we’re not showing up as our authentic selves. We’re merely showing up as another version of ourselves, living an unhappy existence in the process.

We don’t take chances, because we believe failing will result in losing others’ approval and admiration, which might lead to negative emotions that we’re not willing to experience.

We also close ourselves off to opportunities. We avoid pursuing things that can help us grow and become more fulfilled. Living a more authentic, fulfilling life.

Being free of others’ opinions can begin with understanding that some people are just going to have a negative opinion of you, and it’s OK. You can be the most amazing, funny, attractive, talented, or kind person in the world and still not be someone’s cup of tea.

It’s only problematic when believe it, internalize it, and make it mean something negative about you. That you’re not likeable. Or that something is wrong with you.

Give people permission not to like you, and notice how freeing it can be (haters gonna hate anyway, amirite?). Instead, pour your energy into being the authentic version of yourself.

👑 Show up as the real you. Dress, style your hair, and wear your clothes and makeup in a way that makes you feel that way you want to. Talk how you want to talk. Like what you want, and dislike what you don’t.

When only your opinion of you matters most, you start to live your life as the person you are meant to be. You attract your kind of people, because they will be attracted to your uniqueness and authenticity.

Now, let me clarify something important: not caring about other people’s opinions of you doesn’t mean that you should feel free to behave and speak according to whatever impulses hit you in any given moment, regardless of how it may affect another person.

It’s not free license to be openly racist, homophobic, mysogynist, or otherwise hateful towards other human beings. If that’s your situation you have a lot of work to do on yourself before you should be allowed out in public, or given access to a keyboard, IMO. 👹

Nor is it free license to finally tell you sister that you think her husband is an abject moron and nobody at Thanksgiving dinner cares about his fantasy football teams. Just let that dude be who he is.

What I’m referring to is the act of consciously altering elements of your overall personality or the way you prefer to live your life in order to influence someone else’s opinion of you.

When you release yourself from that burden, it opens you up to any number of possibilities. 🙌