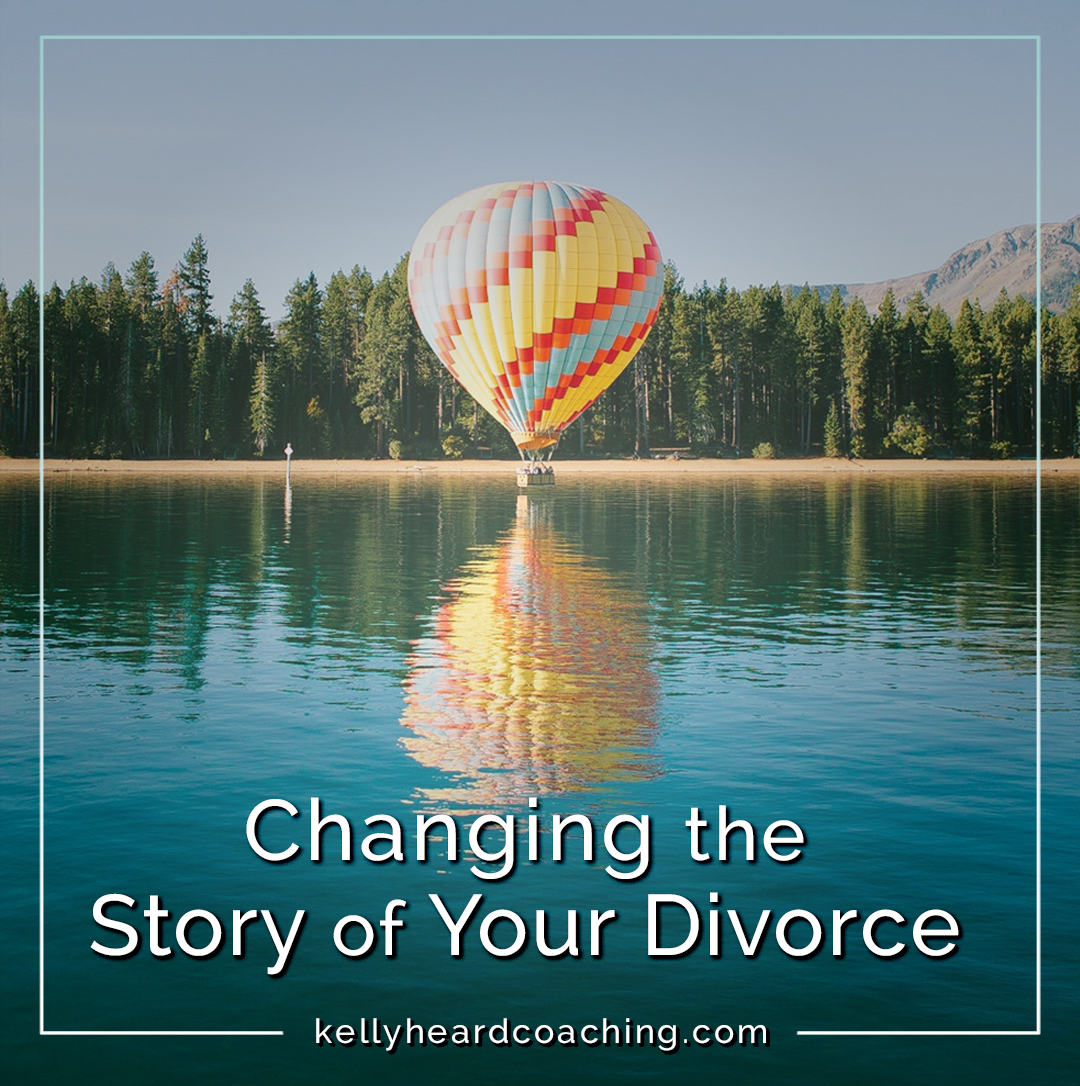 Woah. Call it coincidence, but this morning while I was preparing to sit down and write you this week’s post, the Ariana Grande song Thank You, Next played on the radio.

I love the song, because it’s so different than most pop songs that dwell on emotional angst and pain within difficult relationships or breakups. Instead, she discusses the experience of personal growth after a relationship ends:

Say I’ve loved and I’ve lost
But that’s not what I see
So, look what I got
Look what you taught me
And for that, I say
Thank you, next

I think it’s a great message to send to her typically younger audience about what they can choose to make a breakup mean in their lives.

So what does that have to do with divorce?

Pop music reference aside, there is an important thing to understand about our past and relationships.

And that is, the past only exists in our thoughts. It is a non-tangible thing. We can record it, but we can not change it.

And while we can not change it, we still get to decide what we want to think about it. What we want to make it mean to us, and about us.

Then we get to re-write it, if we choose.

Most of us aren’t even aware that the thoughts we have about our past selves and our past lives are merely thoughts. We think that those are facts.

And we might be living in victim mentality and not even realize it. When we do that, we are perpetuating the pain by telling that story over and over.

I hear this play out soooo often when women talk about their marriages and divorces, particularly the things that took place in the past through which they still define their current lives – even years and years after their divorce!

“My ex-husband blew all of our money on gambling and alcohol, so I deserve to be angry.” “My ex-husband left us for one of his co-workers, and so I’ll never be able to trust another man again.”

If we believe we are victims of unjust, unfair, or cruel behavior, we will carry those beliefs forward and limit our futures with them.

I’m not saying that we should ignore the past or deny it. But we should be conscious of whether we’re focusing on it as a means of defining ourselves and what we’re capable of having and experiencing in our future.

I was recently working with a woman whose ex-husband had an affair that had started shortly after their second child was born. Then after her divorce, she eventually moved on to a relationship that ended just shy of two years when that man revealed that he’d been carrying on a relationship with another woman for almost six months.

She took these two examples of infidelity to mean that she wasn’t worthy of love, and any relationship in the future would surely end in yet another man cheating on her. She had also decided that she ‘just doesn’t know how to pick ‘em’, and that she couldn’t trust her own judgement when it came to assessing someone’s character.

So she just gave up and stopped dating altogether. At the time we spoke, she hadn’t been in a relationship in over four years! 🤷‍♀️

When we explored other ways to think about what those circumstances of her past meant about her and any future relationships, she came up with a few alternate thoughts.

My favorite is that there are approximately 3,487,869,561 men alive in the world today, and that the actions of just two of them have absolutely no affect on what she will experience with another man in the future..

She also decided to think that infidelity is caused purely by the thoughts of the person committing the act, and has nothing to do with her worthiness for a partner who remains committed in a relationship with her.

Now the ‘story’ of her marriage and relationship past isn’t the story of her current life, nor is it something that she’ll carry into her future.

When we actively re-interpret what has taken place in the past and make it mean something totally different it can be so empowering. It allows us to take full responsibility for our feelings and our thoughts about the past, and use them in a way that serves us.

When you think about your divorce, become aware of what thoughts are you having about yourself. Are they thoughts that you want to define you?

Are they thoughts that are serving you?

How have you been able to change your divorce story to empower yourself?

You can decide if you are a victim of something that happened in the past, and that your life is diminished by it.

Or you can decide that the past makes you feel stronger.