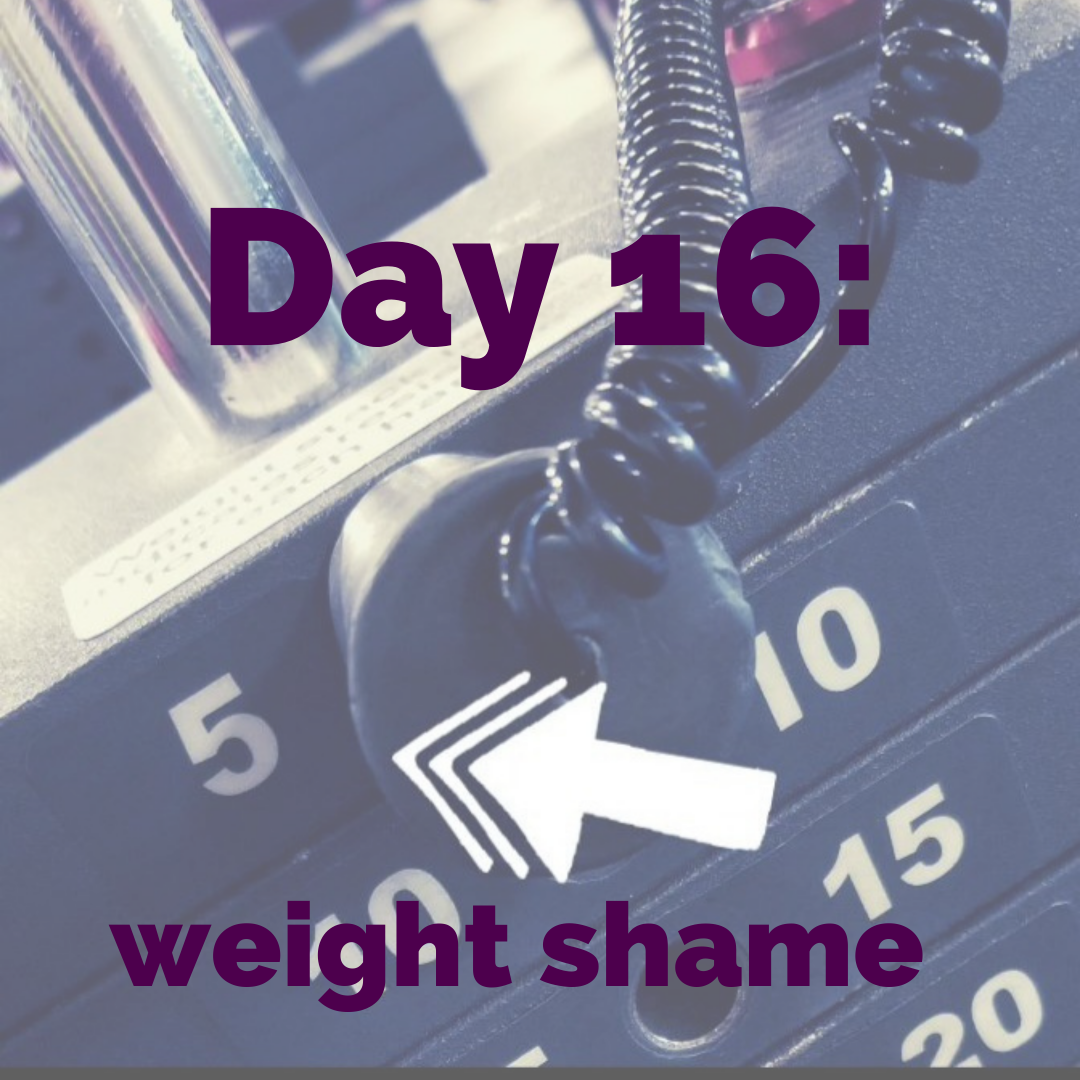 I, too, am ashamed of my weight.

You see it right in the picture: 5 pounds. 😳

That’s the most I can bicep curl right now. 😫

After a shoulder injury several years ago, I had to stop any kind of exercise that would put a strain on it. I eventually regained strength and was able to increase the weights for other exercises like the bench press. But because of the time it wasn’t exercised, I couldn’t curl more than 5 pounds.

Because I was too embarrassed to let people at the gym see me only lift 5 lbs at a time.

I refused to start out small, then have the patience and perseverance to build my strength back up again because I was more concerned with what a bunch of strangers might think about me.

About something so trivial. That anyone may or may not have even noticed. Guess where that’s gotten me a few years later? Still not able to curl more than 5 lbs.

That ends in this 30-day challenge.

I refuse to be distracted from my goal by that inner noise – that thinking that my abilities may or may not be good enough for someone else.

That one or two people in this world might have a negative opinion about what I do.

Our opinions of ourselves are more important than anyone else’s.  Because when we don’t take action towards our goals due to fear of trivial things like OPP, we don’t achieve anything.

We simply fail ahead of time.