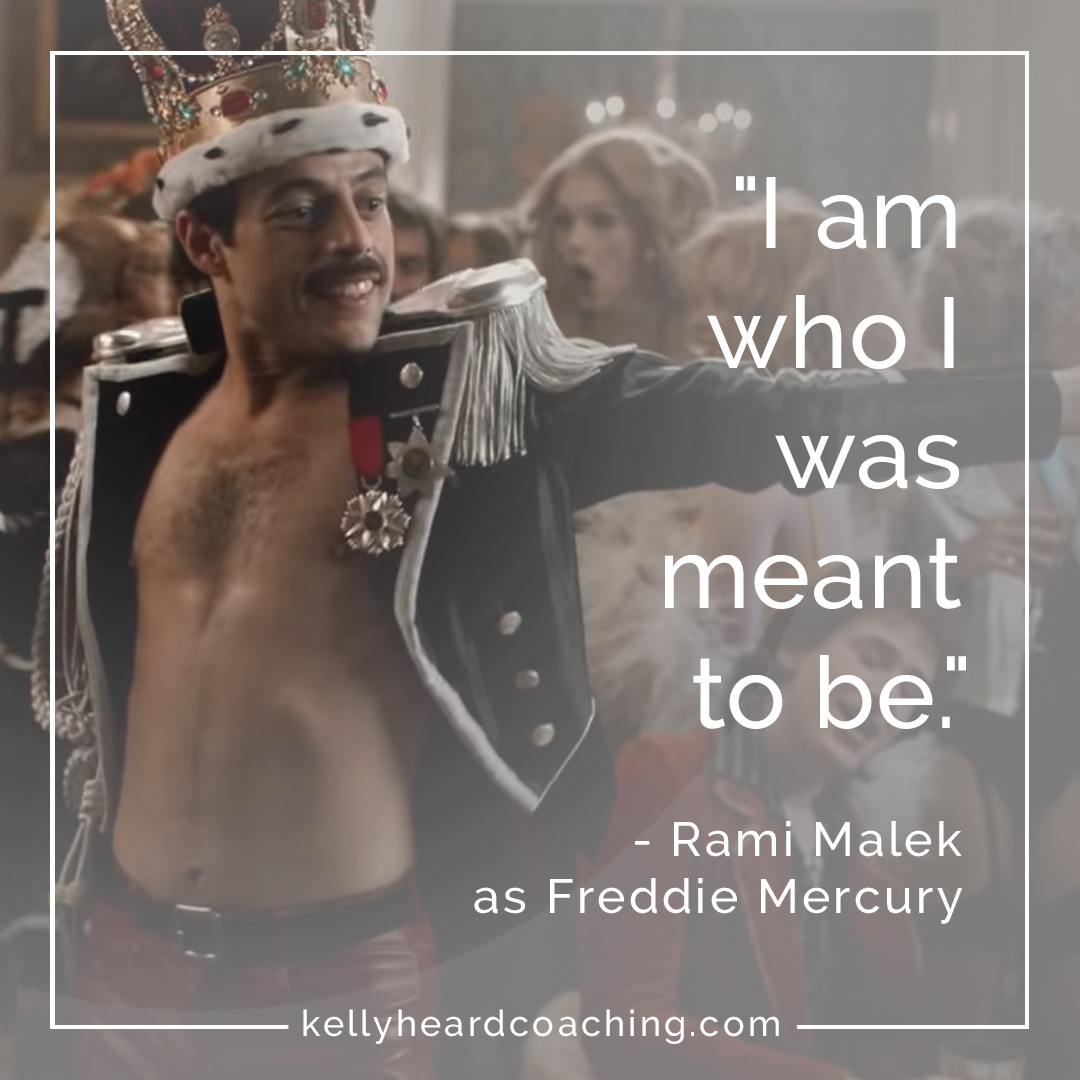 Are you living your life as the person you were meant to be? I loved the movie #BohemianRhapsody, and not just as a Queen fan. As a life coach, I loved some of the quotes attributed to Freddie Mercury, including the one above.

Freddie has as been described as a person who lived unapologetically as himself. In his younger years he was a somewhat shy, somewhat insecure immigrant who eventually grew into a flamboyant, risk-taking rock musician and a frontman who could hold an audience in the palm of his hand.

But it was only when he embraced all aspects of his personality that he was able to let go of his inhibitions and become the energetic, captivating performer who is beloved by millions around the world, even almost 30 years after his death.

He cast his self-doubt aside and used his energy to give the best of himself on stage, and in doing so made deep connections with his fans.

I find his story so inspiring. Imagine the loss to the world if he had given into the fear of judgement. If he had toned himself down to meet other people’s expectations of how he should look and behave.

You don’t have to be a rock star to bring value to the world. You just have to decide for yourself who you were meant to be, and spend your time and energy living up to your own expectations.

The world needs you just as you are.